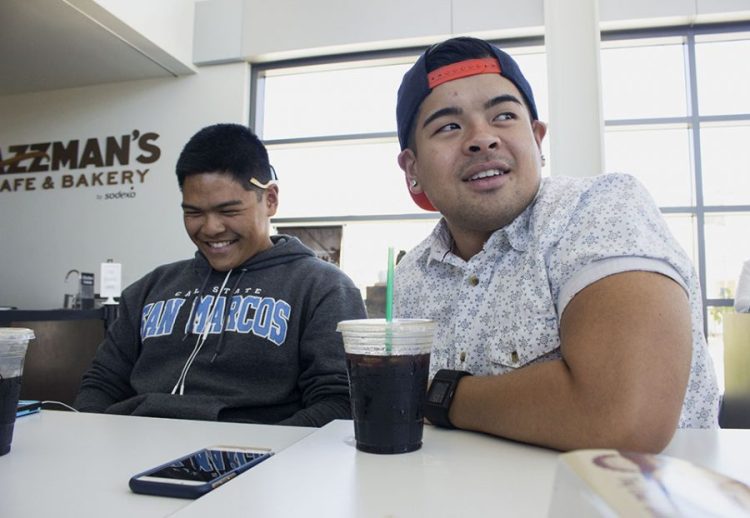 With just a two-year career at CSUSM, transfer student Nikko Marabante has left his mark on campus through six organizations, tying his academics and Filipino culture together.

Marabante transferred from Palomar in fall 2014 and joined the Kamalayan Alliance, a Filipino interest organization, the same semester. The following spring, he became an active member of Alpha Psi Rho, an Asian-Pacific Islander interest fraternity.

Throughout his time with Alpha Psi Rho, Marabante has been influenced by alum Javier Enrique and members Sebastian Valadez and Joshua Foronda, all of whom he met through Alpha Psi Rho.

“Javi, Seb, and Foronda were my number one supporters since day one. They were there for me whenever I needed someone to look up to,” Marabante said. “They influenced me to be a greater student, friend and ultimately, how to be a true gentleman. I wouldn’t be where I am without their guidance. I have mad love for those three.”

Receiving guidance from them, Marabante said he wants to impact others in the same way.

“I want to show the newer kids in A Psi Rho how to step out of their shells and not just go with the flow and kind of do things that they aren’t really comfortable with, but at least they tried and gave it their all and experienced new things,” he said.

JJ Pilapil, a freshman and new member of Alpha Psi Rho, said Marabante has been there for him as his big brother, making sure he’s keeping up with his studies and has someone to lean on for support.

Marabante has held positions as Philanthropy Chair and Alumni Chair for Alpha Psi Rho, and will continue to be involved in the fraternity after graduation as Academic Chair and Co-Alumni Chair.

Upon graduation, he will receive a Bachelor of Arts degree in human development and plans to apply to the accelerated Bachelor of Science in Nursing program at CSUSM.

As part of a family filled with nurses, Marabante’s long term goal is to help kids as a pediatric nurse in a hospital.