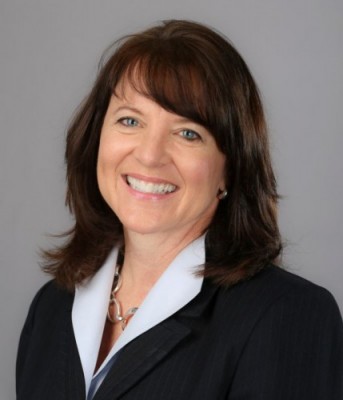 The one constant in Dr. Katie McNamara’s three-decade career as an educator has been an unflinching commitment to equity. Which is why the superintendent of the South Bay Union School District opted to pursue her Ed.D. in educational leadership at Cal State San Marcos.

“I really love that Cal State San Marcos is committed to social justice and serving a diverse community,” McNamara said. “It was a perfect fit for me.”

Her experiences through the Joint Ed.D. in Educational Leadership program offered in partnership with UC San Diego played a critical role in McNamara’s recent selection as Superintendent of the Year for San Diego and Imperial counties by the Association of California School Administrators. The group praised McNamara’s passion for excellence in all students, for opening opportunities to achieve regardless of a child’s background or circumstances, and for inspiring everyone in the district – from parents to principals and from bus drivers to accounting clerks – to share in that commitment.

A native of San Diego who earned her Bachelor of Science degree in business administration from UC Riverside, McNamara taught in the Riverside Unified School District – where approximately one in six students are classified as English learners – before being named principal at Bryant Elementary School, an ethnically diverse campus on the edge of the city’s downtown. She later moved back home to San Diego to take a job as a principal at the Del Mar Union School District before spending nine years as an assistant superintendent at the neighboring Solana Beach School District.

“One of the reasons I left Riverside for Del Mar and Solana Beach was that I really wanted to figure out what assets high-wealth populations had that were working, and how I could take what I learned to a traditionally underserved district,” McNamara said. “The theme you find no matter where you go is that teaching absolutely matters, and high-quality teachers who have high expectations of their students, more than any other variable, is what impacts the learning in a classroom and achievement for students.”

It was while she was at the Solana Beach School District, which includes the wealthy enclave of Fairbanks Ranch, that McNamara enrolled in the 36-month Joint Ed.D. in Educational Leadership program. Students completing the program receive a joint degree from UC San Diego and CSUSM.

“I was looking to improve myself as a leader, and every day I was in that program, I learned how to be a better leader,” McNamara said. “The instructors were the most phenomenal teachers and they were on the cutting edge using technology as innovatively as possible.”

McNamara completed the program and earned her Ed.D. in 2009. She was hired as the South Bay Union School District’s superintendent in 2013. Based in Imperial Beach, the pre-kindergarten through eighth-grade district serves nearly 8,000 students. Approximately two-thirds are from a family poor enough to qualify for the free and reduced-price meal program. Half are English learners.

Excellence is expected. High-quality educational software is available in every classroom with Chromebooks for every child in third through eighth grade. Under McNamara’s leadership, the district now offers a variety of specialized programs, including a STEAM Academy, dual immersion program and with the Seal of Biliteracy, and a Leader in Me Program, in addition to the No Excuses University and Visual and Performing Arts campus.

“We are committed to serving students who would benefit the most from a strong education and very proud of the progress we are making,” McNamara said.