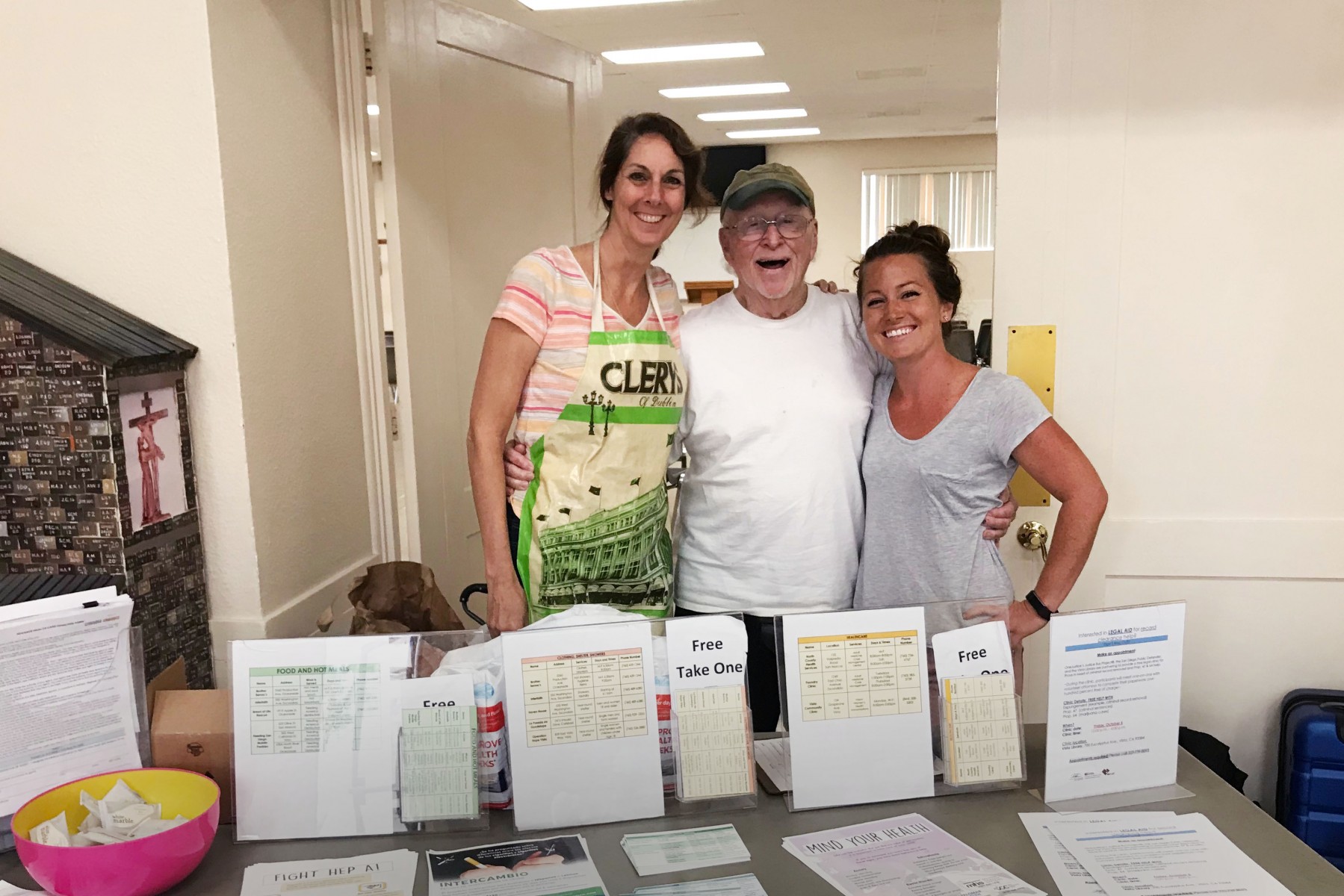 Some people structure their lives around acronyms like YOLO (You Only Live Once) or WWJD? (What Would Jesus Do?).

For Sharon Hamill, it’s all about WGYLM? The letters stand for “What Gives Your Life Meaning?” – she has trademarked both the phrase and an accompanying logo – which dovetails with Hamill’s role as the faculty director of the CSU Institute for Palliative Care at Cal State San Marcos. A big part of the end-of-life decisions associated with palliative care is an advance health care directive, a legal document in which a person specifies what actions should be taken for their health if they are no longer able to make decisions for themselves because of illness or incapacity.

It’s not exactly a subject that most people welcome.

“When you ask people if they have an advance directive,” Hamill said, “they start to get really nervous.”

Hamill, though, is a major advocate of initiating such tough but vital conversations. She had been volunteering for a couple of years at a weekly soup kitchen held at St. Francis Catholic Church in Vista when she decided to introduce education about advance care directives to the highly vulnerable population – largely homeless people – whom the kitchen serves.

“This is a group that is notoriously hard to get to in terms of advance care planning and advance directives,” Hamill said. “They are also some of the biggest users of hospital emergency rooms, and when they come in and are unconscious, the hospital is truly at a loss. They might not even know who this person is.”

Last fall, armed with a grant from the Tri-City Healthcare District, Hamill recruited two CSUSM Master of Public Health students for an internship in which they would work with her on multiple projects related to palliative care, including at the soup kitchen. In the spring, Kristal Favieri and Zakirah Hasan began helping out there once a week. They started by asking diners to fill out a needs assessment in terms of information about services. After tallying the results and doing some research, they produced a series of cards to be handed out with information on where to find important resources like health care, mental health services, employment options, food and hot meals, and clothing, shelter and showers.

Zakirah has completed the master’s program and now has a full-time job, but each Monday afternoon, Kristal goes to St. Francis and sets up a table with the resource cards – along with a stack of advance directive forms. She also offers free items that most homeless people need – things like socks and toothbrushes – as an incentive to get them to the table and have difficult discussions that they might not be interested in.

“Advance care is the one that gets paid less attention to because people see the deodorant and the socks,” said Kristal, who’s on track to earn her master’s in December after graduating from CSUSM in 2012 with a degree in psychology.

“I’m like, ‘Hey, guys, I got these treats; come talk to me!’ But it’s the hardest to talk about. You have to show a lot of nonjudgmental rapport. A lot of these people have stuff going on. You have to make them realize that you’re not there to preach to them, just to help them.”

Kristal recently arranged for county officials to come to the soup kitchen to administer hepatitis A shots to diners, and Hamill took the opportunity to tack on a workshop about advance directives. But she knows she’s fighting an uphill battle.

“We keep track of how many advance directive forms are taken,” Hamill said. “It would be great to know how many are filled out, but there’s so much emphasis on building trust that you have to be really careful how much you ask of them to get their information.”

Still, Hamill is too invested in WGYLM? not to press forward – whether it’s with homeless people at the soup kitchen or with members of her own family. This Christmas, she’s giving advance directives to her three sons, who range in age from 28 to 21.

“Their gift to me,” she said, “will be filling it out and giving it to their doctor.”