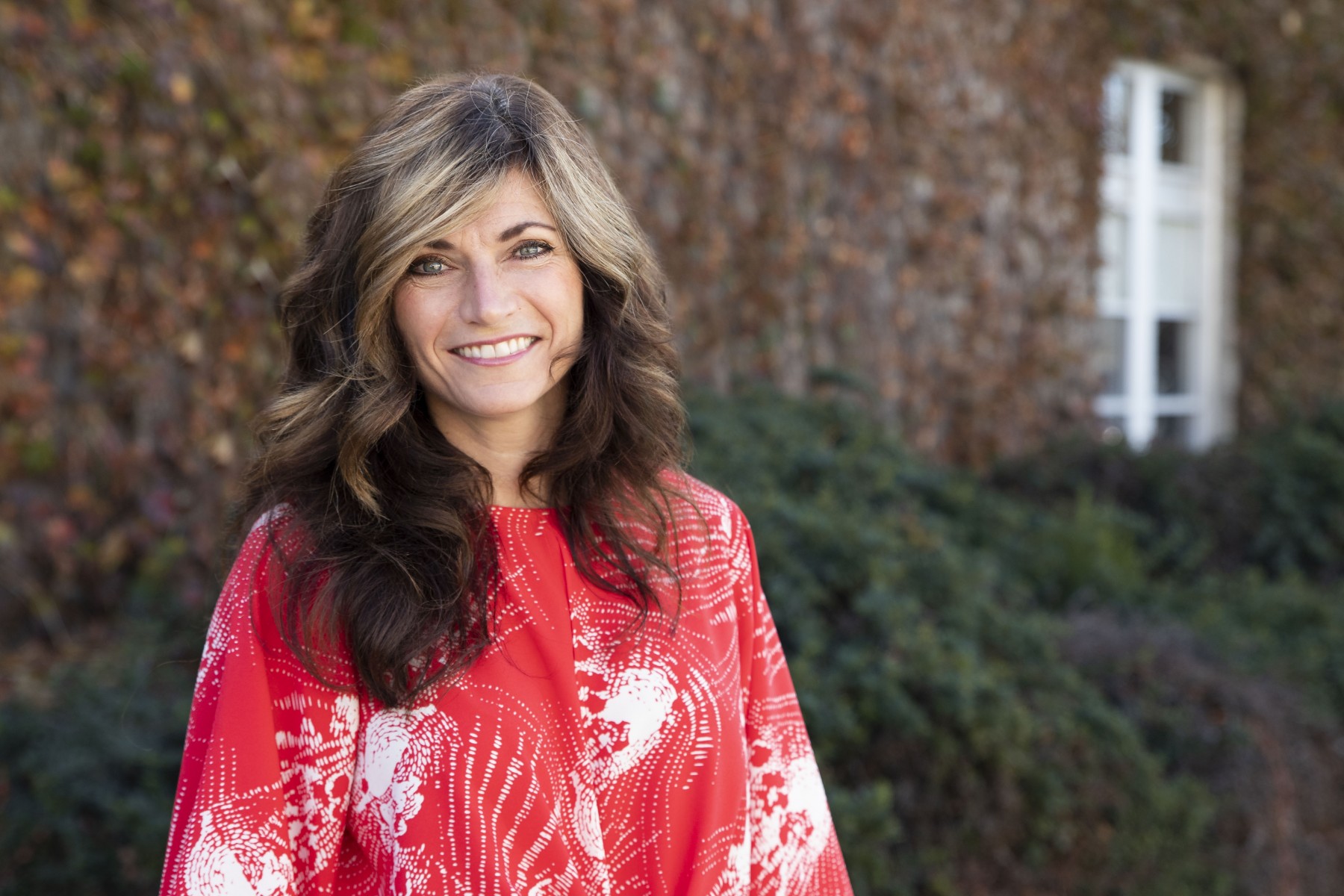 Dr. Suzanne Moineau
The founder of CSUSM’s speech-language pathology program, Suzanne Moineau has earned the 2018-19 Harry E. Brakebill Distinguished Professor Award, given annually to a CSUSM faculty member in recognition of their commitment to sustained excellence in teaching, research and service. Photo by Andrew Reed

Suzanne Moineau still remembers how she felt after teaching a class as part of her doctoral program at UC San Diego.

Moineau had stepped in when her mentor had to miss a class, and it proved to be a transformational moment.

“I was totally hooked after that experience,” said Moineau, who founded Cal State San Marcos’ speech-language pathology program. “I thought, ‘I have to be a teacher in one way, shape or form.’ ”

Moineau’s teaching efforts, along with her commitment to sustained excellence in research and service, have earned her the 2018-19 Harry E. Brakebill Distinguished Professor Award, given annually to a CSUSM faculty member. Moineau will be honored during the Faculty and Staff Awards Reception on Jan. 17.

Moineau particularly enjoyed the interaction with older adults. She was close with her grandparents growing up and felt an affinity for people of that generation. In her later teens, Moineau shadowed her neighbor again, this time at a large facility for individuals with cerebral palsy. It opened Moineau’s eyes to the diversity of the field, from speech and language to cognition and swallowing, among other areas.

Moineau earned her bachelor’s in speech-language pathology from Rutgers University, but found herself on an unexpected path after graduating. She was a primary caregiver for her grandmother, and there were few nearby options for accredited speech-language pathology programs at the time. Moineau always had excelled in math and worked throughout her undergraduate studies as a bookkeeper for a local grocery store, so she decided to pursue her MBA in accounting.

Moineau worked for nearly three years as a certified public accountant in New York for Ernst and Young, considered one of the “Big Four” accounting firms. She tried to stay connected to speech-language pathology by specializing in health care.

When her grandmother could no longer be cared for at home and needed to be moved to a care facility, Moineau decided to make a big move – from the hustle and bustle of New York to Iowa City to pursue her master’s in speech-language pathology at the University of Iowa.

“I liked accounting and I think I was good at it, but it didn’t really fuel me the way that speech-language pathology does,” she said. “There’s something very intimate in working with people who have had a sort of full catastrophe happen to them and to try to get them back on their feet.” 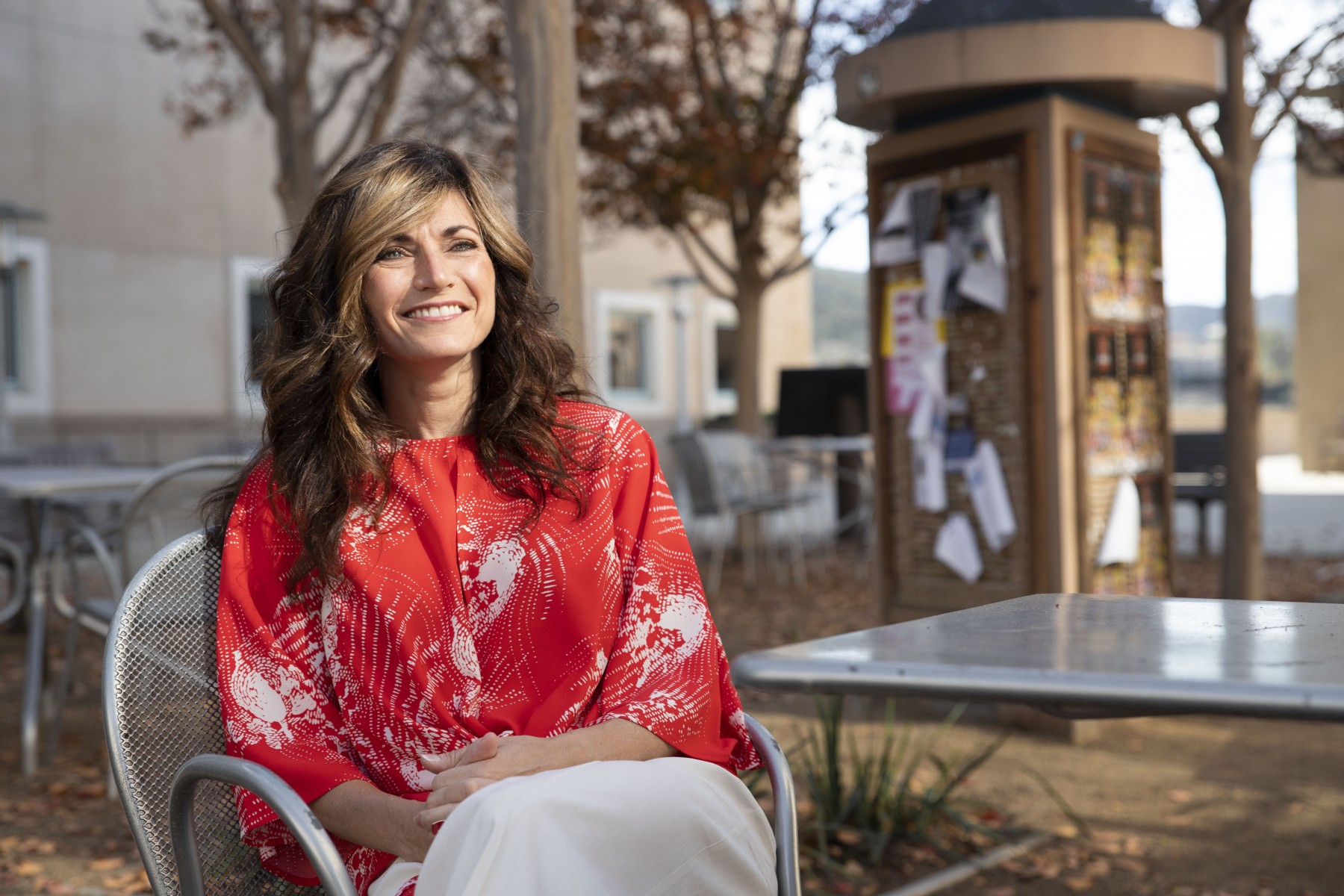 Dr. Suzanne Moineau
The founder of CSUSM’s speech-language pathology program, Suzanne Moineau has earned the 2018-19 Harry E. Brakebill Distinguished Professor Award, given annually to a CSUSM faculty member in recognition of their commitment to sustained excellence in teaching, research and service. Photo by Andrew Reed

After earning her Ph.D. at UCSD, Moineau joined CSUSM’s faculty in 2006 to develop a speech-language pathology graduate program. The discipline initially was offered as an Option of the Master of Arts in Education, but Moineau grew it into an independent Department of Speech-Language Pathology to include master’s and bachelor’s degrees and a post-baccalaureate certificate preparation program.

While Moineau enjoyed building an accredited program from the ground floor, teaching remains her greatest passion. She is held in high esteem by her students, as evidenced by one recent cohort that adopted the mantra, “In Sue We Trust.”

“Graduate school was quite the undertaking,” said Christina Filia, who received her master’s in speech-language pathology last May. “It was challenging and definitely built only for those who have the discipline, tenacity and dedication to complete it.

“Through every difficult moment, Dr. Moineau was there. When we were unsure of ourselves and doubted whether we would get through it, we reminded ourselves, ‘In Sue We Trust.’ We knew that she would be there to provide us with guidance and support, and she would always be in our corner rooting for us.”

Moineau knows she is sending graduates out into the community to perform tasks pertaining to people’s welfare and well-being. It’s a responsibility she doesn’t take lightly.

“It’s hard to even conceive of my job outside of my sole purpose as an instructor to ensure that my students are going to have a level of competency to serve the public,” she said. “The students are really why I’m here.”