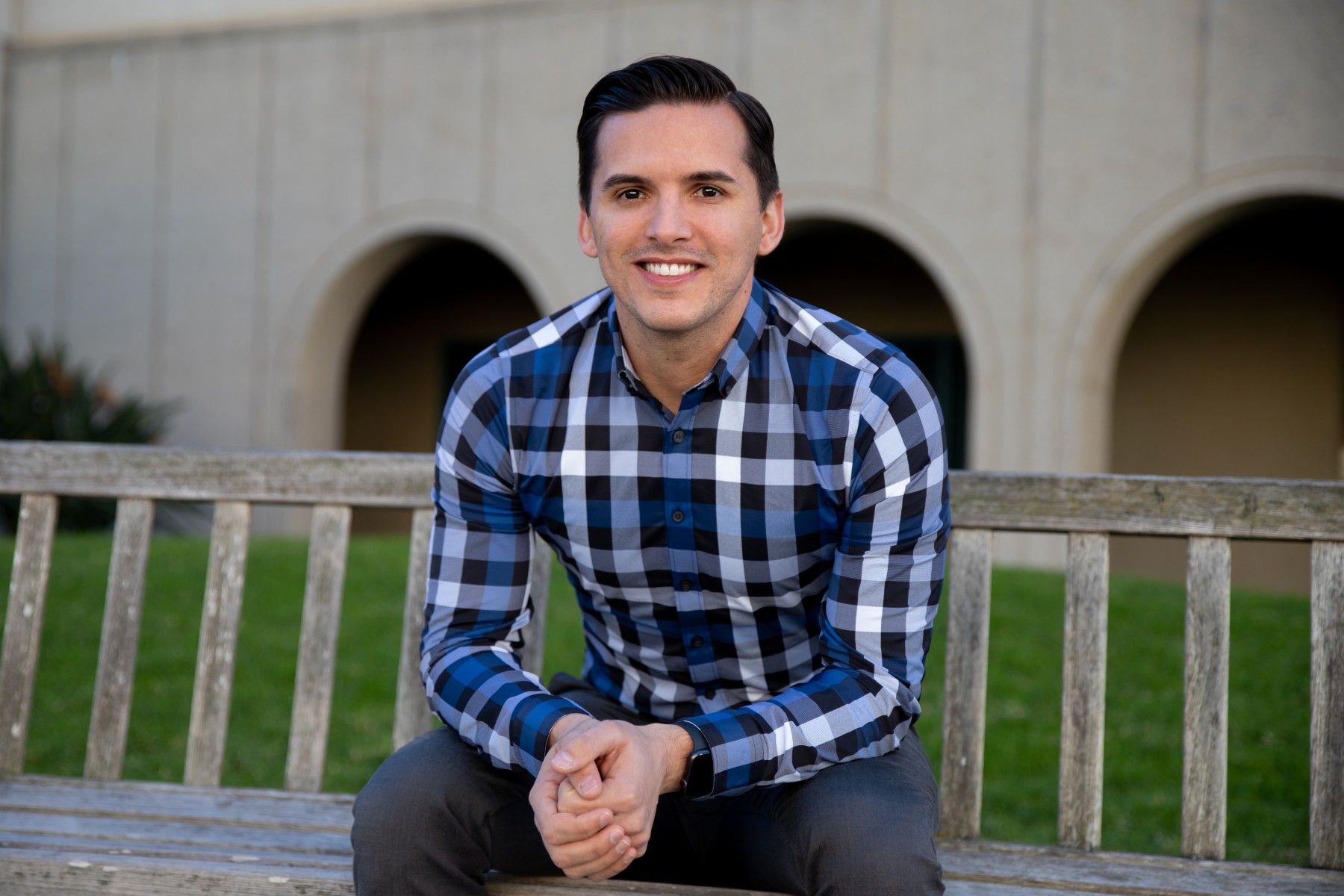 Richard Armenta knows what it feels like to be the lost student in the back corner of a cavernous lecture hall.

He knows what it’s like to be just a face in a crowd, to feel removed from and intimidated by professors, to struggle to find his way in higher education.

He even knows what it feels like almost to flunk out of a university.

Armenta knows all these things because that was his experience when he showed up at UC San Diego 15 years ago, a first-generation college student who was half American Indian and half Hispanic and from the tiny town of Blythe on California’s border with Arizona. Now that he’s a kinesiology professor at Cal State San Marcos, his primary goal is to ensure that his students have a much different, more enriching experience.

“When the position here opened up, it was a great opportunity to come to a university that has a large number of first-generation, underrepresented students, a university that focuses on teaching and mentorship and student development,” Armenta said. “That’s different from a large research university where it’s really easy to get lost in the weeds. You talk about a first-generation Native American or Hispanic student going into a science class of 600 other students and sitting in the middle of that class and having nobody to turn to, it’s like setting them up for failure.”

Armenta has been at CSUSM since August 2017, but his mentoring of students from similar backgrounds to his goes back much farther. In 2011, when he was starting in a joint doctoral program at UCSD and San Diego State in public health and epidemiology, he was recruited to be the research director in the student development program for the Native American Research Centers for Health (NARCH), a partnership between the Indian Health Service and the National Institutes of Health to increase research on health and health disparities that’s being conducted in American Indian communities. In that capacity, Armenta works with American Indian students at local universities – CSUSM, Palomar College, SDSU and UCSD – who are pursuing degrees in STEM fields, especially health, and continues to support them if and when they move on to graduate or professional school.

Armenta said the program has supported more than 125 students, including many who have attended CSUSM. Currently, there are 25 local students in the program and 15 who have matriculated into graduate and other programs at universities around the world.

“Our program is unique because we work across multiple campuses and we follow our students through multiple degree programs,” he said. “There have been students who have been part of the program for 10 years, from Palomar through a Ph.D. program. Our goal is to increase the number of Native scientists so that there’s a larger number of Native scientists who are able to address health disparities in their own communities.”

In the meantime, Armenta is doing his best to address those disparities himself. Last year, he and a colleague from UCSD applied for and received a four-year, $800,000 grant from the NIH. Next month, he’ll be starting the long-term project in Southern California American Indian communities to better understand local and cultural factors that might impact community members’ risk for getting sexually transmitted infections (STI) and HIV, examine awareness about HIV and STIs, and identify the most effective ways to deliver a culturally appropriate intervention that can reduce risk behaviors and improve health outcomes. 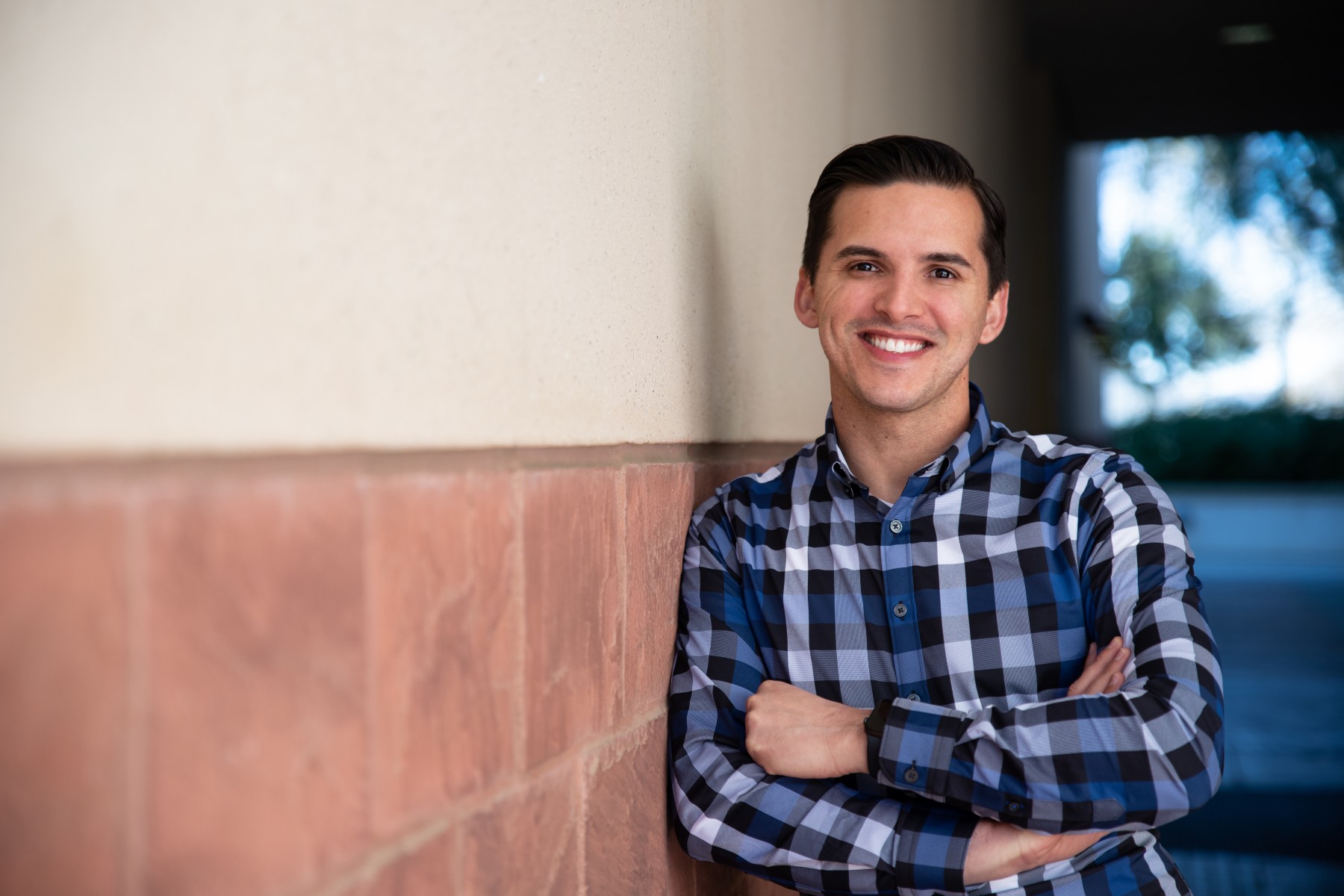 American Indians face some of the largest health disparities of any group in the United States, particularly with HIV and STI, Armenta said.

“One of the big issues in conducting research in American Indian communities is that there’s a lot of mistrust due to historical, ethical issues and the way they’re often treated by the government, by people who aren’t from their culture,” Armenta said. “A big part of the NARCH program is to conduct community-based participatory research to increase trust in research and academia so that community members are willing to engage in and be an active part of the research process to ensure that the research is culturally appropriate and effective.”

Armenta grew up in Blythe as the son of a father who’s a member of the Pascua Yaqui Tribe based in Tucson, Ariz. His father worked in agriculture and Armenta had few college role models, but he excelled in high school, which led to admission to UCSD. Eager for a fresh start, he moved to San Diego only two weeks after his high school graduation.

Arriving at a prestigious university with an enrollment three times the population of his hometown, Armenta found the culture shock profound. In his first quarter, he posted a 1.5 grade-point average and was placed on academic probation.

“I was essentially told if you don’t get your GPA up in the next two quarters, you’re going to be kicked out of the university,” he said. “That was a huge shock. I was like, ‘OK, something needs to change.’ ”

Slowly but surely, things changed. Armenta became an expert on all types of student resources. When professors were inaccessible, he met with teaching assistants. He developed friends whom he could rely on and study with. His GPA rose to 2.2 in his second quarter and 2.8 in his third. He made these improvements despite working nearly full-time throughout college to support himself financially.

By the time he was an upperclass biology and psychology major, he had progressed enough to apply for study-abroad opportunities – he spent eight months in Chile, where he took classes at the Universidad de Concepcion and interned for a nonprofit organization doing work on sexual and reproductive health. While there, he found a passion for public health and, upon returning to the United States, applied to graduate school programs. He earned a double master’s in epidemiology and Latin American studies at SDSU in 2011 before going on to pursue his doctorate.

Armenta’s story and his identity as an American Indian and Hispanic man who’s also gay are equally inspiring to students whom he mentors at CSUSM and through NARCH.

“He’s my model, and I want to be him so bad,” Micah Savin, who did research with Armenta at CSUSM, said before graduating last spring. He’s now pursuing a Ph.D. in clinical psychology at Fordham University in New York.

“When I met Richard, I immediately was like, ‘I want to work with you.’ We have this really strong synergy from our backgrounds. Him being a Native gay man is something I really identify with, and that’s super important to me.”

And the fact that students relate to him, rather than fear him, is vitally important to Armenta. He’s open about the challenges he has faced, because students often feel alone and are afraid to seek help.

“Reflecting on my own trajectory through my education and seeing how much I struggled and how I was almost lost in the system,” he said, “I really want to be able to do something to help students who come from similar backgrounds and need somebody to say, ‘You can do this.’ The best success I could have is for students to be successful and get opportunities they never thought they would have.”